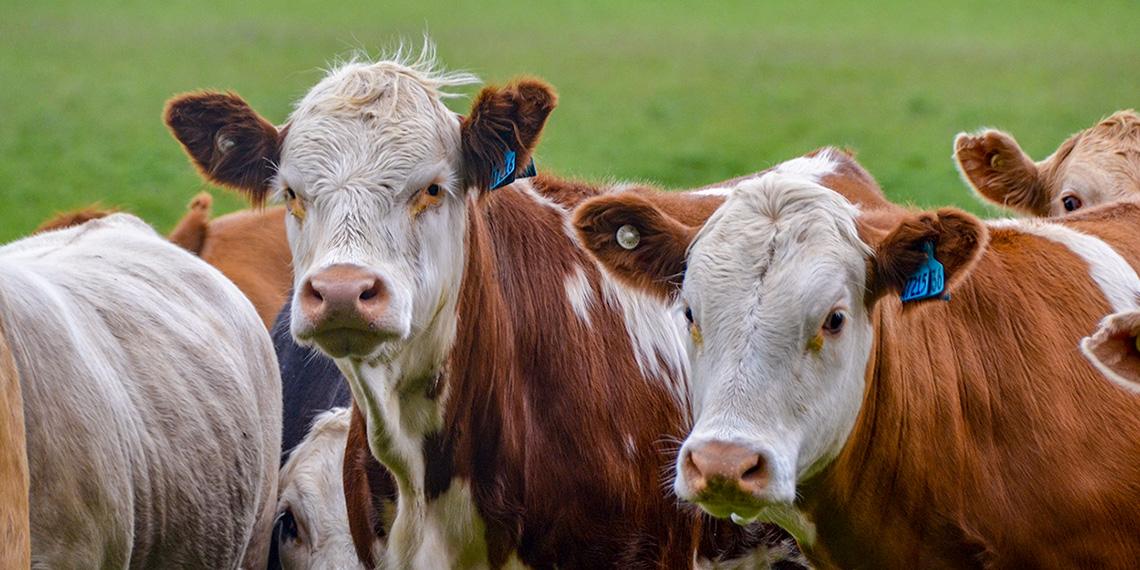 Jeff Farm is located on Old Coach Road between Mataura and Clinton in South Otago. The highly regarded and productive 2433 hectare breeding and finishing property is managed by wellknown southerner’s John & Liz Chittock, for The Salvation Army Trust Board. The farm carries approximately 30,000 stock units, with all progeny finished on the property; stock balance is 70 percent sheep, 20 percent beef cattle and 10 percent deer, giving a good balance of income streams. The farm targets 145 percent lambing survival to sale from the ewe flock and 90 percent from the mated hoggets. The sheep on Jeff Farm are all Romney bred with mating to Wairere and Motu Nui rams. The farm also carries a Hereford beef herd with Angus and Hereford bulls used for breeding and finishing purposes.

In 2017, Jeff Farm was recognised as the best training farm in New Zealand when it won the Silver Fern Farms Sheep Industry Trainer of the Year Award at the Beef + Lamb New Zealand’s Sheep Industry Awards. This award reflects the Farm’s core purpose, which is to provide outstanding training to the next generation of New Zealand’s farmers.

The award organisers recognised the work of John and Liz Chittock over nearly 20 years, providing young people with the opportunity to learn basic farm and life skills in a caring and inclusive environment. They commended the Chittocks as ‘enthusiastic about encouraging young people into the industry and they take a real interest in them as individuals, encouraging and supporting them to be skilled shepherds and farmers’.

However, John said the award was definitely a team effort involving all of the Farm’s seven permanent staff. ‘It’s nice to be recognised, but it’s what we do. It gives us a lot of reward seeing these young people come in straight out of school and leaving us as quality young adults. What we try to do for other parts of The Salvation Army also gives us a lot of pleasure.’

This indicates how well the farm is managed now, however, this was not always the case, as Jeff Farm was an underperforming, undeveloped property for many years prior to The Salvation Army taking ownership.

Jeff Farm came into the possession of The Salvation Army in an interesting way. Edmund Jeff farmed the property for years before World War 2 with the assistance of local labour. Times were tough and he did not have the capital to develop the property. The war and its aftermath reduced the pool of local labour and, in the early 1950s widowed and with no children, Edmund faced compulsory acquisition of the farm by the government, so that it could be divided into smaller units for the settlement of returned soldiers.

But Edmund had a better idea. In 1952, he formed a trust to administer the property rather than have the government acquire his land and he stipulated that the farm was to be gifted to The Salvation Army. This was providing it was used to train young people in farming practices—who would not otherwise have such a career option—for a career in the New Zealand agricultural industry.

The Salvation Army took over the running of the Trust in 1954 ,when Edmund Jeff wanted to travel the world, and set about administering the farm according to his wishes. Young people were trained, and under various managers, the property was slowly developed and began to show a profit after also providing training for students.

In 1982, The Salvation Army Trust Board set up a farm management board and invited a number of southern business and farming experts to sit on it. This resulted in a massive development programme, financed by accumulated profits from previous years.

Low-lying paddocks were drained and re-grassed, subdivision improved, new internal roads were built and the farm buildings and stock were significantly upgraded. Improved profits followed and The Salvation Army decided to review the terms of the late Edmund Jeff’s bequest, but still within its spirit and still using Jeff Farm as the source of that bequest.

The High Court eventually approved a variation of the trust whereby students would continue to be trained on the farm, but the trust board could use the profits from the farm to educate and support other young people for a life in agriculture at other approved training establishments.

Every year up to four young people are on the farm, training in practical farming skills through a 2-year cadet course under the direction of John and Liz and their senior staff. The Farm offers an opportunity to gain level 2 and 3 qualifications through Primary ITO, as well as practical training from mustering, shearing, general stock work, tractor work, fencing, winter grazing rotations, training dogs, etc, alongside our team of permanent staff. Our cadets are housed in comfortable and warm single quarters and are well fed and cared for by our onsite cook and offered pastoral care from members of The Salvation Army staff.

We source each of our cadets a well-bred pup soon after arrival, then organise training and support to bring their pup through to a usefull on-farm working dog, all under the expert tuition of farm staff and specialist dog training expert Lloyd Smith, with a view towards building an effective team of working dogs during their time at Jeff Farm.

Jeff Farm annually seeks applications for young people to join the cadet scheme. We are looking for extremely dedicated, focused, self-motivated young people who are able to work in a team situation and hold a minimum NCEA level 1 and 2. They must have a passion for agriculture and hill country farming and the lifestyle that goes with it, they must also be fit and healthy and keen on the outdoors. Successful applicants will display a hunger to learn both the practical and the theory of farming via on-farm training from the Farm’s permanent staff and from Primary ITO extension learning, they will also need to be self-motivated and disciplined to ensure completion of the cadetship within the 2-year timetable proposed.

We will be holding our next Open Day on Saturday 7 August 2021 at 10am, applications for the following years training positions will be available after the open day or on the website by following the link below.